A huge part of soccer is endurance. We push our bodies to extremes as we train so that we have the stamina to sustain high levels of intensity throughout a 90-minute game. However, training is only a piece of improving endurance. The other piece is diet. That’s right, we can optimize our diet to improve endurance.

While a lot of information is published about eating to pack on muscle, there is much less information on dieting for endurance. Eating for putting on muscle primarily focuses on large amounts of protein and carbs, but eating for endurance is quite different. Like any other balanced diet you need to eat whole-food meals, there’s a focus on timing, and hydration is key.  However, there are certain elements of dieting for endurance that differ, such as: the  importance of a meal before intense exercise, the effects of icy drinks on the body, supplements that can help improve endurance, and foods that can help improve endurance.

Eating food gives our bodies the nutrients it needs to perform exercises, but the effect of eating before exercise produces substantial results in endurance. Specifically, a study on soccer players and fatigue found that players who ate a pregame meal fatigued slower than those who didn’t.[1]

While it may seem that eating before a soccer game or intense workout will leave you feeling full, the reality is that athletes can benefit from eating something before putting their bodies through an intense workout or game. Smoothies are excellent before a big game. With a smoothie, you can pack a ton of powerful nutrients into an easy to digest drink that won’t make you feel full.

When you’re out in the sun a nice cold beverage leaves you feeling refreshed and energized. The same can be said for when you workout. One study shows the effects of icy drinks and the results showed that drinking an icy beverage while working out improved endurance by 10%.[2]

Think about it, when we workout our body temperature rises and we sweat in order to cool off. By introducing cold liquid into our system, our bodies can cool off more easily. So before your next practice and game, throw some ice into your water so that you can last longer than the other players.

Supplements have some serious effects on the body, especially in terms of endurance. More specifically, let’s dive into the effects of betaine and creatine on endurance capacity.

A rather obscure supplement, betaine is one that has some serious effects on endurance. In a  study done on cyclists showed that through betaine supplementation they were able to pedal harder for longer.[3]

Simply supplementing betaine for a week produces an anabolic environment where our bodies can use glucose more efficiently. Moreover, it decreases our body’s cortisol production.

We’ve already covered how important creatine is for packing on muscle, but studies show it has a profound effect on endurance. In another study done on cyclists, creatine was shown to improve the power with which cyclists pedaled, and they were able to pedal for longer through creatine supplementation.[4]

Simply supplement 5 grams of creatine into your diet, and you’ll see a change in both power and endurance!

Superfoods make people think of kale and spinach, but there are many different superfoods that you may not have heard of. Let’s get into these obscure foods and their place in endurance nutrition. 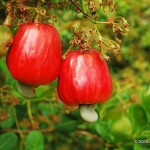 You probably have not heard of this superfood. Cashews grow on trees and are attached to the fruit, the cashew apple. This fruit can be made into a juice that studies show improve endurance in athletes.[5]

Scientists believe it is due to the presence of BCAAs and vitamin C in the cashew apple juice. The presence of these nutrients in the juice helps the body to burn fat as energy which can affect endurance.

The cordyceps sinensis is a parasitic dried fungus that grows on caterpillar larvae native to the high-altitude regions in China, Nepal, and Tibet.[6]

Kind of gross right? Don’t knock it just yet. This extract has anti-oxidative, anti-inflammatory, anti-lipid (lowers cholesterol) and improves the stamina of endurance athletes. This is due to the increased aerobic capacity and oxygen utilization that is triggered when this extract is ingested. This stuff does it all! 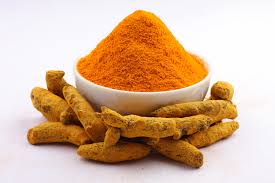 Turmeric is an antioxidant and anti-inflammatory food. This spice can be added to a meal for a zesty spice, however some claim it is an acquired, taste.

For soccer players, this is great because it reduces inflammation, which improves recovery. 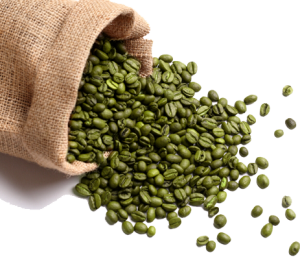 Green coffee beans are the coffee beans that haven’t been roasted and are ready to be made into traditional coffee. Like regular coffee beans, you simply grind them up and make coffee like you normally would. The catch is in the taste, and the properties of these green coffee beans.

The concoction produced from these green coffee beans is bitter and tasteless, however, the properties attached to the beans make them important for endurance athletes. They are both anti-inflammatory and antioxidant, so like turmeric, they are great because they will reduce inflammation and improve recovery.[7]

That’s right, the soft stuff that is rubbed off of elk antlers can be beneficial to soccer players. Elk antler velvet has been shown to be a testosterone booster, which will lead to an increase in the body’s ability to naturally and rapidly regenerate tissue and bone.[8]

For the average soccer player, this is a rather obscure superfood that will not enter the diet. But for the more adventurous athlete, this could become a big part of your diet.

Also known as olefeira, this superfood is an antioxidant that promotes heart health by reducing blood glucose.[9] Found from a tree native to Africa, this antioxidant can be added to the diet for exotic flavor and improved endurance.

Beetroot juice is becoming more and more popular due to its obvious benefits. First, it’s great because of its high nitrate content. The body turns this nitrate into nitrite and then into nitric oxide. The effects of nitric acid are the blood vessels dilate, and the body requires less oxygen to produce energy.[10]

I highly recommend adding beetroot juice to the diet because it increases blood flow and oxygen supply in the body. For soccer players, beetroot juice can have a serious effect on how long they are able to perform at high intensities.

So there we have it. We’ve gone over the importance of meals and fluids in endurance, and we even went over some supplements and superfoods that can have some serious effects endurance. For soccer players, improving endurance is really important for us. I hope these suggestions help you to improve your endurance and grow as a soccer athlete. 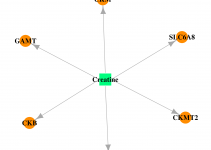 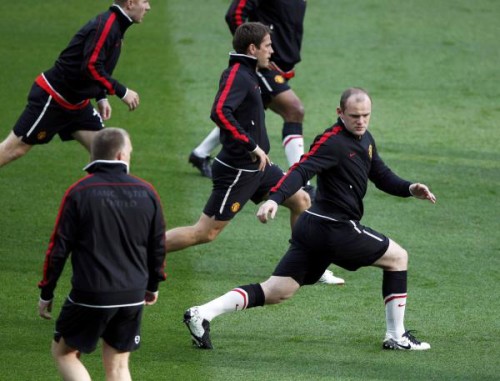